Importance of Film Festivals in Society 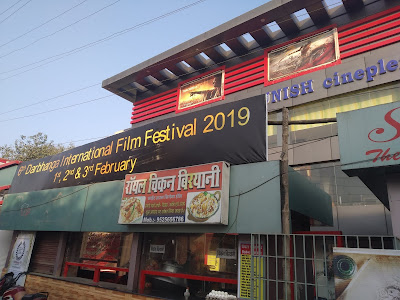 When on 1st, 2nd and 3rd day of February, 2019, lower screen of biggest Cineplex in Darbhanga (and the only good one) at R.B. Palace, Laheriasarai, was booked by some event organization called Darbhanga International Film Festival, it was a reason of ultimate curiosity to locals. Sahil Cineplex, A semi furnished Cineplex at ground floor of Rajnish Cineplex is prone to viewer like Rickshaw Pullers, Cart pullers, daily wage workers and other people like them as it shows new movies worth very less ticket price. It often hosts some Bhojpuri movies which are a popular source of entertainment for such people. 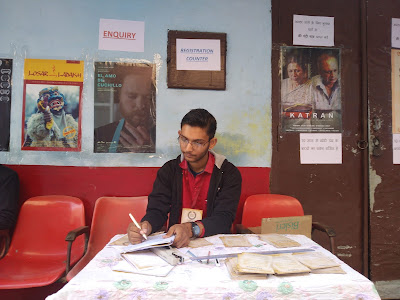 At reception I was given the duty of getting individuals registered before entering into the hall and as easy it may sound, it was really tough explaining the purpose of film festival to locals. Although I was accompanied by other volunteers, naïve questions like “why are they showing it for free?”, “Which actors have got to work in them?”, “Are these newly released?” were all common around me. They used to get themselves registered and it was only after 30-40 minutes, they used to come out explaining it be spoiled as they clearly were not interested in such Art and experimental movies neither were they much excited to see those south Indian, foreign and other distant film makers who were present at the occasion.

Film festivals as the name suggests, are generally considered to be a celebration of film making. Apart from the conventional movie making industry which are quite organic and is capitalistic in nature, film festivals are known to promote experimental and out of the box filmmaking from the very beginning of its origin. Having its history back to 1932, when the oldest of all film festivals begun as Venice International Film Festival in Italy, this event has refused to look back. Most prestigious of them in the world are “Big Five”, which comprises of Cannes, Berlin, Venice, Toronto, Sundance and Berlin films festivals. Rain dance Film Festival in the month of October (long running) is considered biggest celebration of film making in UK and It was San Francisco Film Festival in the month of March in 1954, which introduced foreign language movies to American audience. In these movies were included Akira Kurosawa’s “Throne of Blood”, and “Pather Panchali” of legendary Indian film maker Satyajit Ray. 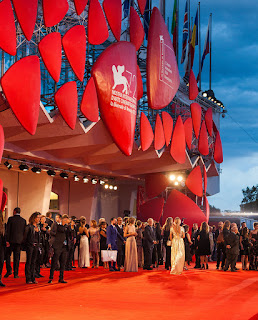 A glimpse from Venice IFF 2019

Changing Trends
Moving away from the history and talking about the importance of film festivals on society; it again calls for that dialogue which says “Cinema is the mirror of society”. However this mirror by the time has been smoked by the dirt of capitalism in movie making industry. Looking at the largest film making country by volume and its biggest movie making hub, Bollywood, one can easily conclude that there is a huge need of experimentation in the type of movies being made. There was a time when movies like Do Bigha Zameen, Nadiya Ke Paar etc. used to be made which were directly derived from the core of society. With time, industry got more and more superficial with the control of nepotism and other ill factors for movie making. Although there has always been attempt by some directors in every era to change the channel, they have often lacked financial and audience incentive, even after being appraised by the critics.

Film festivals with the changing time and technology have created its own space in the hearts of passionate movie lovers as they always support out of the league movies, awards their potential, expose them to the audience and with the help of technology becomes a platform for incentives to them. They are often found to be a medium between potential directors, actors and producers who are eventually looking for each other. Because such festivals run mostly on sponsorship and donations, if provided with social support and required promotion and finance, no doubt film festivals can be a next big thing contributing to the changing convention of cinema.

At last, with increase in technology and online streaming platforms, it will be of no surprise that we will see online film festivals very soon. 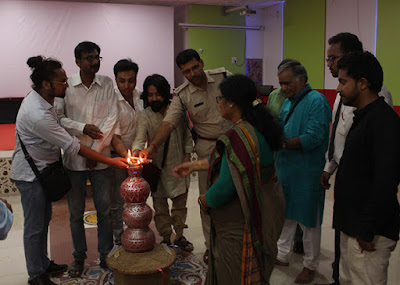